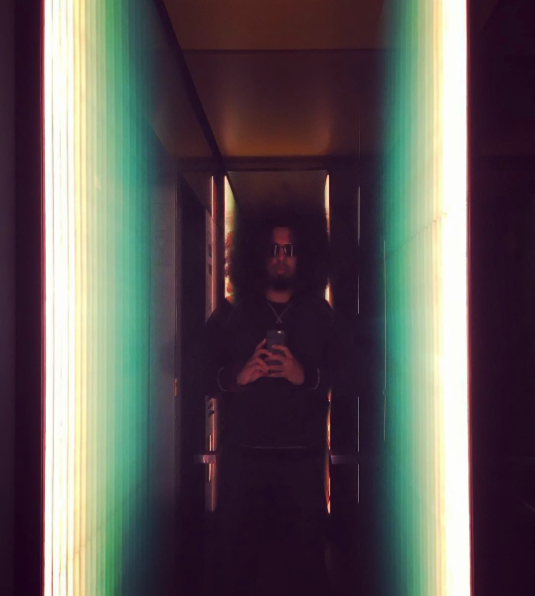 Moving on from his appearance at the Music/Art/Tech festival, Moogfest, Reggie Watts continues to make waves by teaming with the folks at AltspaceVR for what could be the “largest attended event in VR.”
AltspaceVR is banking on Watts’ following as a convergence point for art, music, and technology to drive a unique experience behind their FrontRow technology, which allows avatars based on participating performers to be mirrored and shared across the entire audience joining in on their VR feed regardless of platform.  With the consumer market opening up to the launch of Samsung’s Gear VR as well as the launch of Oculus Rift, HTC Vive, and others, the event to be held on May 26th @ 8PM PST could very well stand as a seminal moment with regards to mainstream VR use. For those not on the VR platform, the event will also be available for those in 2d space on Mac or PC.
Watts has rightfully earned the reputation of being a cross-platform and cross-audience star, and his involvement in this project only serves to drive this home.  His comedy and music has always been a multi-sensory experience, and this can only help to increase his stock in that space, as well as bring awareness to the quickly growing VR space.  He has proven that he is not a stranger to the futurist space of VR, having released a VR short at Sundance this year; moreover, after the keynote address by VR pioneer Jaron Lanier at Moogfest, he has truly embodied an artist who has pushed “to make technology beautiful and expressive…”
At any rate, RSVP for a spot at the event at altvr.com…
(Photo Credit: Instagram: @ReggieWatts)