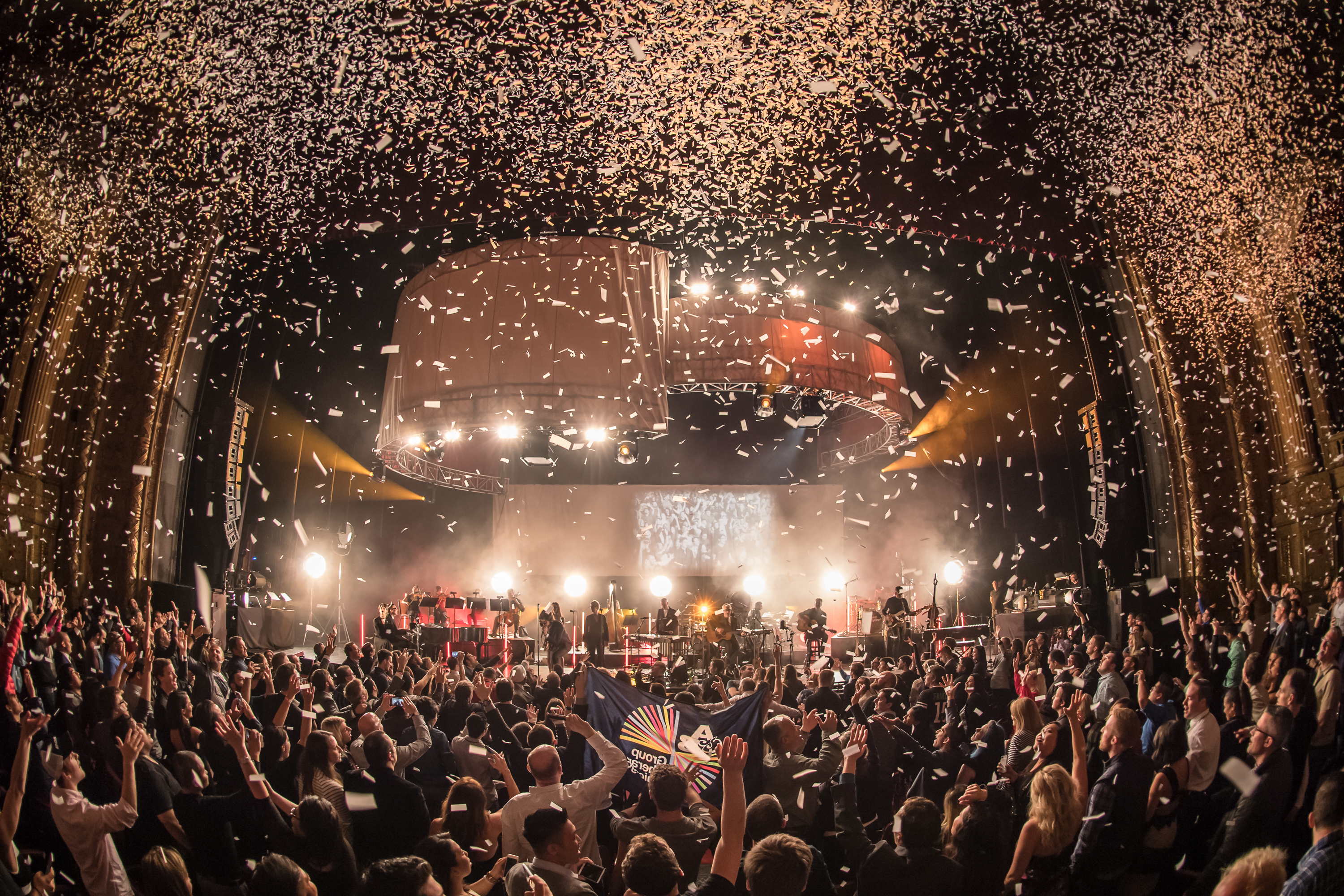 More often than not you’ll find dance music supergroup, Above & Beyond, playing a sold out arena or festival near you. This time around, Jono Grant, Tony McGuinness, Paavo Siljamäki & their 18-piece orchestral arrangement played an intimate set to 8,500 die hard fans at the UC Berkeley Greek Theater, with the beautiful Bay sunset as our back drop. For the first outdoor shows of the tour, they fed off of the energy from the crowd to stay warm and play on. The overall feel of the show was very James Bond-esque. From the Super 8 film projecting to the off white canvas screen, to the lighting and smoke, to the big strings and orchestral composition.

‘Acoustic II’ is all about the music; performing stripped back version of songs from their new studio album as well as orchestral reworks of fan favorites. The crowd sang along, hand in hand, arms around one another while Zoë Johnston, Justine Suissa, Natalie Holmes, and Cobi took turns singing their heart out. ‘Acoustic’ veteran, Zoë Johnston, brought the crowd together with “We’re All We Need”. Justine Suissa gave us her all as she took us back to one of the songs that we discovered Above & Beyond by: “Satellite”. New comer, Natalie Holmes, gave us all goosebumps during “Counting Down The Days”. Last but certainly not least, Cobi was electric as he performed songs like “Blue Sky Action” and “Thing Called Love” that lit up the amphitheater.

Above & Beyond has the unique ability to connect with their fans on a much deeper level. From their perspective, its not always about writing songs for the weekend, but rather for the events in life that happen from Monday to Thursday. Their music not only helps amplify the good things in life like love and happiness, but it also helps us get through the difficult times. Music is “Therapy” and Above & Beyond’s ‘Acoustic II’ was the epitome of that.

Photos courtesy of Above and Beyond