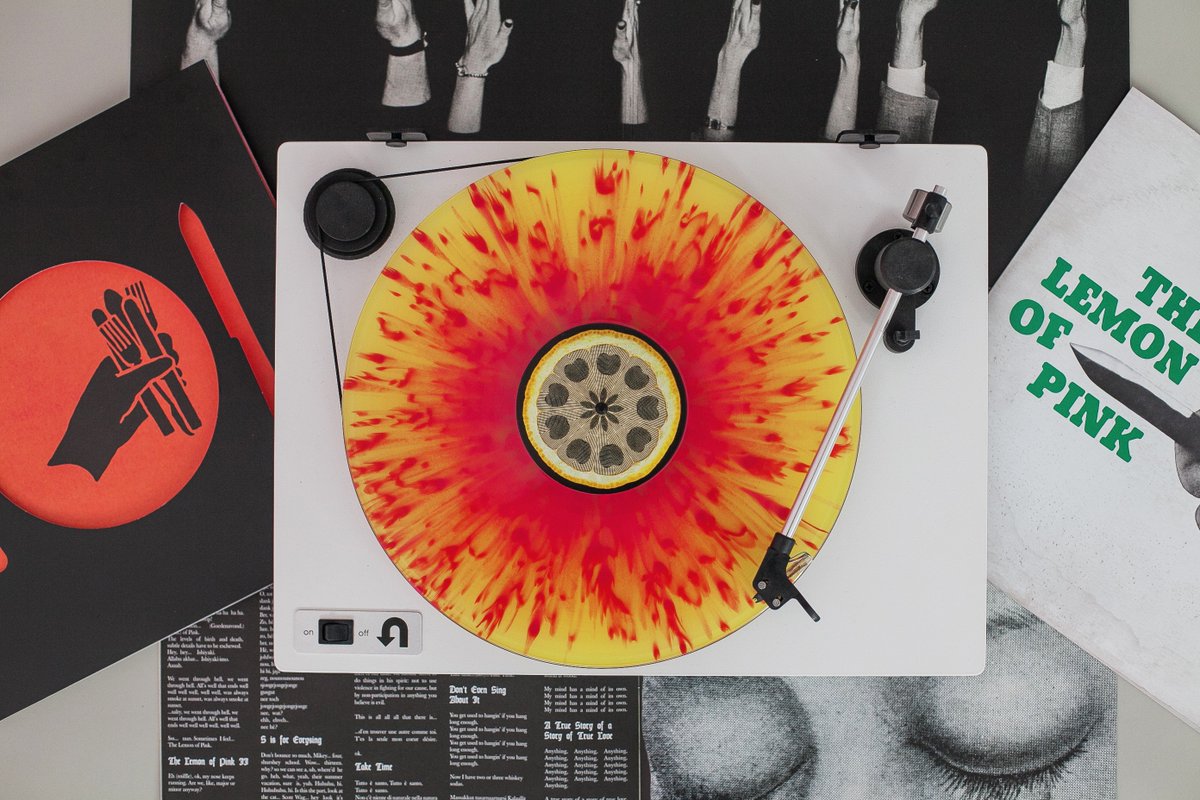 The curation team at Vinyl Me Please has always been one that as a long time subscriber and advocate for, able to really tie together musical genre’s for folks that are part of the program and say that they ‘listen to everything.’
For those not in the know, The Books were a musical duo formed in NYC during the late 90’s, that channeled some of the sample forms and obscure thoughts of the White Album into something akin to stories that ‘spoke to you.’  What could be seen as free forms sounds of life met critical acclaim as a result of their obscure sample styles and ‘folk-tronic’ sounds.  Distinctive was one way to describe their sound, as their acoustic instrumentation and creative sampling really helped to define a genre that would be followed by a number of indie artists moving forward.
The Vinyl Me Please selection of The Lemon of Pink was an interesting choice to follow their anniversary version of Beck’s Odelay.  Where one has always been seen as both a critical and mainstream record, The Lemon of Pink, was definitely one that was under the radar unless you were one of the folks like myself that worked at a High Fidelity like record store in college.  The Lemon of Pink, moving from their previous release, Thought for Food, was greatly polished by the vocals of Anne Doerner, who gave the record a sense of cohesion that helped to tie together their sampling and instrumentation.
This month, Vinyl Me Please, made this their record du jour for subscribers, and have opened up listening parties all over the US.  Peep the break for more info… and for those looking for music discovery and a dope subscription program… keep Vinyl Me Please in mind.
For everyone else… RSVP for a spot at The Spins and come holla at the VMP team…