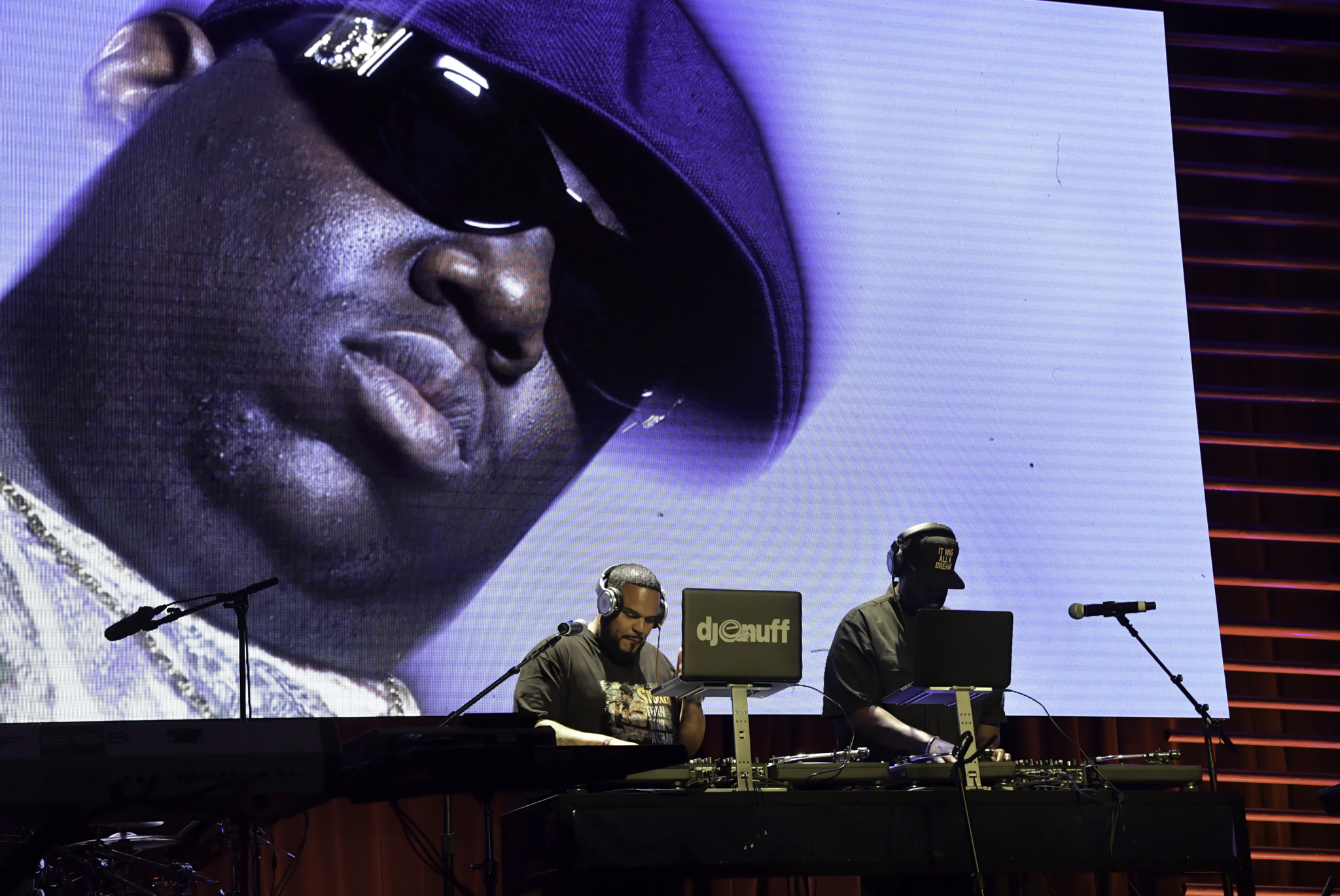 The ASCAP Rhythm & Soul Music Awards returned to The Beverly Wilshire in Los Angeles on Thursday, June 22, 2017 for its 30th annual ceremony. The invitation-only event celebrated the songwriters and publishers of the most performed ASCAP songs on the 2016 R&B/hip-hop, rap and gospel charts. Two music icons were feted with some of ASCAP’s most prestigious honors: Christopher “Notorious B.I.G.” Wallace was recognized with the ASCAP Founders Award on the 20th anniversary of his death; and superstar songwriting and production duo Jimmy Jam and Terry Lewis received the ASCAP Voice of Music Award, just one week after being inducted into the Songwriters Hall of Fame.

The Founders Award for Notorious B.I.G. was accepted by his wife, singer/songwriter Faith Evans, his children, and his former managers and estate consultant Wayne Barrow and Mark Pitts. Sean “Diddy” Combs acknowledged Biggie’s legacy in a touching video, introducing his sons, Justin and Christian Combs, who presented the award.  Biggie’s DJs, Clark Kent and DJ Enuff, commemorated him with a rousing DJ battle. ASCAP’s most prestigious honor, The Founders Award is presented to songwriters and composers who have made pioneering contributions to music by inspiring and influencing their fellow music creators. Each recipient is a musical innovator who possesses a unique style of creative genius which will enrich generations to come. Previous recipients include: Quincy Jones, Dr. Dre, Sean “Diddy” Combs, Jermaine Dupri, Berry Gordy Jr. & Motown Industries, Smokey Robinson, Stevie Wonder, Carly Simon, Melissa Etheridge, Paul McCartney, Patti Smith, Neil Young and many more.

Gallery of the event

The American Society of Composers, Authors and Publishers (ASCAP) is a professional membership organization of songwriters, composers and music publishers of every kind of music. ASCAP’s mission is to license and promote the music of its members and foreign affiliates, obtain fair compensation for the public performance of their works and to distribute the royalties that it collects based upon those performances. ASCAP members write the world’s best-loved music and ASCAP has pioneered the efficient licensing of that music to hundreds of thousands of enterprises who use it to add value to their business – from bars, restaurants and retail, to radio, TV and cable, to Internet, mobile services and more. The ASCAP license offers an efficient solution for businesses to legally perform ASCAP music while respecting the right of songwriters and composers to be paid fairly. With more than 600,000 members representing more than 10 million copyrighted works, ASCAP is the worldwide leader in performance royalties, service and advocacy for songwriters and composers, and the only American performing rights organization (PRO) owned and governed by its writer and publisher members. Learn more and stay in touch at www.ascap.com, on Twitter and Instagram @ASCAP and on Facebook.