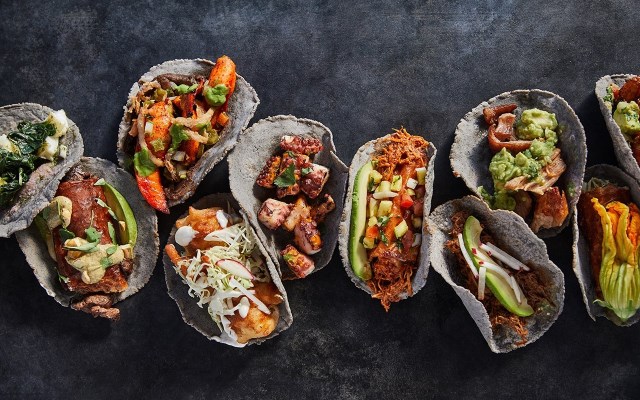 In Its Third Year, KAABOO’s PALATE Programming Brings Together Culinary Talent From San Diego, Los Angeles, And Across The Country For Demos, Tastings, And More

SAN DIEGO, CA (July 18, 2017) – Southern California’s premier live music and multi-sensory experience, KAABOO Del Mar, is pleased to announce its culinary and beverage programing, including PALATE, which will take place during the three-day extravaganza from September 15-17. PALATE represents the most upscale culinary environment at any music festival, where guests can sample local and regional delicacies and small-batch specialties from a variety of carefully selected culinary artisans. Gourmet delectables will go hand-in-hand with dozens of limited production wines, craft beer, and cocktails.

In addition to enjoying the culinary and craft beverage offerings, guests will be able to immerse themselves in a behind-the-scenes glimpse at some of the country’s most esteemed chef talent. While headliners Red Hot Chili Peppers, P!nk, Muse, and Tom Petty and The Heartbreakersplay on the music stages, chef and cocktail talents leading the culinary stage include Jon Shook & Vinny Dotolo, Robert Irvine, Richard Blais, Michael Voltaggio, and Kelis. Additional demos on the main culinary stage will include Kevin Gillespie, Julio Cabrera, and Chris Adams. The finals of the KAABOO Rock ‘N Chef Competition, presented in partnership with Chef’s Roll, will be returning to the PALATE stage following the satellite competitions held in Los Angeles and San Diego.

“Now in its 3rd year, KAABOO has truly found its niche in the festival world, offering the best in music, food and entertainment,” said Bryan Gordon, Founder + CEO. “Our guests have grown to expect a refined experience at each of our multi-sensory activations, so we have hand-selected our culinary and beverage partners to provide highly desirous food and beverage options, reflective of the KAABOO ethos.”

AMPLIFLY guests, (HANG FIVE and HANG TEN 3-day pass holders), will be able to get a preview of the PALATE / ARTWORK experiences at the Thursday Night AMPLIFY party featuring The Barenaked Ladies and The Dan Band. There is a limited number of 3-day HANG FIVE passes remaining.

KAABOO Del Mar’s three-day passes are on sale now via KAABOOdelmar.com. HANG LOOSE (GA) three-passes are currently $299, with single and two-day passes at $119 and $239 respectively. HANG FIVE three-day passes are $899 and a limited number of HANG FIVE (VIP) single-days can be purchased for $314. HANG TEN (PLATINUM VIP) passes are sold out. At KAABOO, all guests receive a multifaceted experience with access to the HUMOR ME comedy club; an on-site Contemporary Arts Fair in the indoor ARTWORK area, plus a display of outdoor murals and installations; PALATE gourmet food tastings; spa and relaxation reservations at INDULGENCES; CLUB ELEVATE late night dance party (18+); and the ability to lounge poolside with a BASK upgrade.