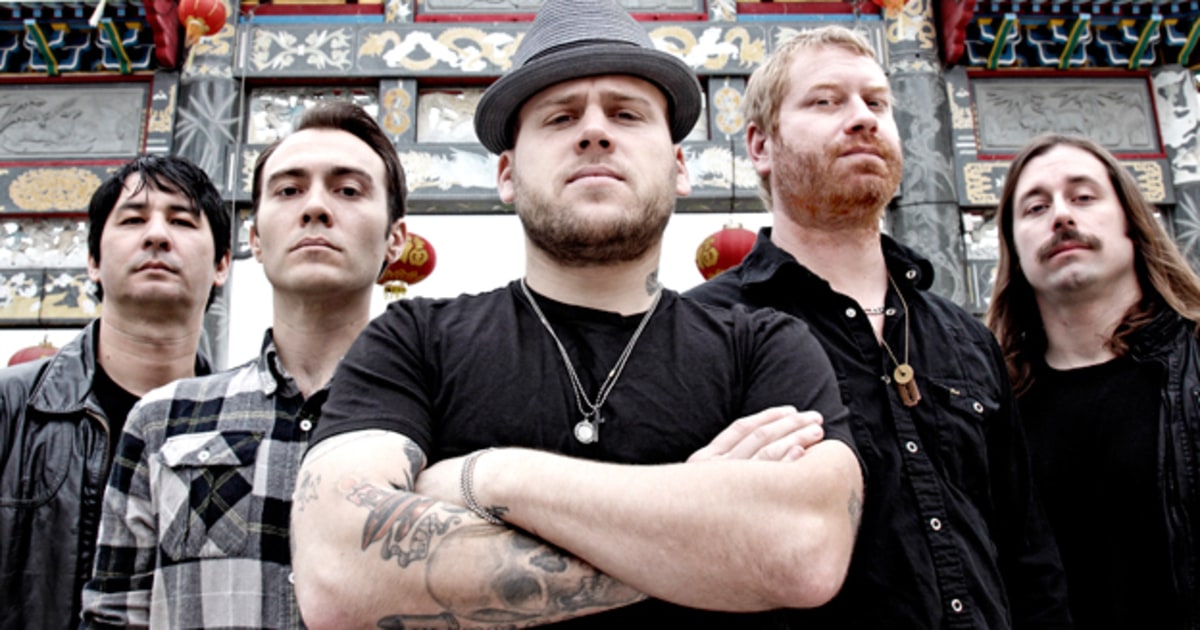 Los Angeles band, The Bronx, will be releasing its fifth album V on September 22. The new album was produced by Rob Schnapf (Elliot Smith, Beck, FIDLAR) and will be released by ATO Records.

The band shares the song Sore Throat which can be heard here.

Singer Matt Caughtran says of the track: ” ‘Sore Throat’ is a crime scene. A triumphantly tragic story of a manic mind frozen in freefall. The sonic smashing of your moral compass; ‘let your reasons go, let your conscience be, mouth around your gun, now you’re finally free'”

The Los Angeles-based quintet — singer Caughthran,  guitarist Joby J. Ford, guitarist Ken Horne, bassist Brad Magers and drummer David Hidalgo Jr. (replacing Jorma Vik, who departed the band in 2016) -has lost none its pugnacity.  V is as hard-hitting,confrontational and relevant as ever. And while it may or may not sound more grown-up than their vein-bulging early releases, they will not apologize either way.

The band has gained notice for their dual lives they have lived for the past eight years, maintaining an alter ego as Mariachi El Bronx that is as true to that form of music as their hardcore is to the punk ethos.  In any iteration, The Bronx are the real deal, ready for the next fight.