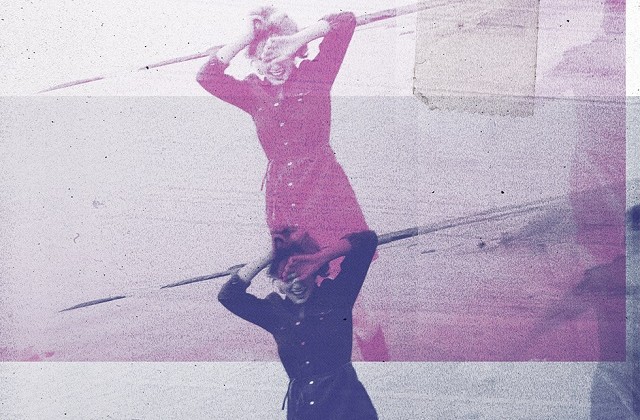 Beach Slang have announced their Fall U.S. headlining tour, which begins on October 20th and continues thru December 2 with stops in Nashville, Denver, Seattle, San Francisco, Los Angeles, NYC, Philadelphia and more. Fans who buy pre-sale tickets, beginning July 25th at 12pm ET, will have the opportunity to purchase a limited edition 7″. The record includes two rare, never-released tracks – a cover of The Pixies’ “Where is My Mind” (Live at The Masquerade in Atlanta) and a home demo recording of “Bad Art & Weirdo Ideas.” Dave Hause & The Mermaid will support. Pet Symmetry, Hannah Racecar, See Through Dresses, Homeless Gospel Choir and Positive No will also join the band on some of the Fall dates.

The band is also playing several festival including Osheaga in Montreal, Made in America Festival in Philadelphia, Buzz Beach Ball Festival in Kansas City, Riot Fest in Chicago, The Fest in Gainesville and more. All tour dates below. Head to www.beachslang.com for ticket information.

Beach Slang shared the second installment of their covers mixtape series, Here, I Made This For You: Volume II. featuring five songs originally by The Jesus & Mary Chain, The Adverts, The Modern Lovers, Tommy Keene and The Candyskins. Listen to the band’s cover of Jesus & Mary Chain’s “Sometimes Always” HERE and The Adverts’ “Bored Teenagers” HERE.

The band released their critically acclaimed album A Loud Bash of Teenage Feelings last September on Polyvinyl Records. Watch Beach Slang’s music videos for “Spin The Dial” and “Punks in a Disco Bar.”

Beach Slang is the touring engine that never stops – completing a UK/EU tour, a US tour with Minus the Bear + SXSW in Austin this March, tour with Jimmy Eat World in May + several headlining dates in between.

Praise for Beach Slang:
“A Loud Bash of Teenage Feelings single and song of the day “Punks In A Disco Bar” channels the same exuberant energy found throughout the group’s debut album. Guitar riffs recall the best of 90’s pop-punk and James’ gravely voice emanates enough emotion to fill a stadium.” – KEXP

“Packed with charred guitar riffs, seething feedback and heart-rate-raising drum fills, the song is another of Alex’s unifying anthems. Influenced by the stories of countless fans whom the band (including bassist Ed McNulty and guitarist Ruben Gallego) met during a tumultuous year on the road, the song earnestly touches on the energy and alienation of youth, and on rising above our struggles together.” – NPR Songs We Love

“Punks in a Disco Bar… is fist-pumping rock splendor, all big and wild and free.” – USA Today

“As with everything Beach Slang puts out, the song is a raw, loud, and everything you want in a punk song, but is also still melodic and contains plenty of heart.” – Baeble Music

“‘Punks in a Disco Bar,’ the first track from the record, a typically rousing and clattering track that will probably make your day 20 percent better.” – Noisey

“The song will certainly be instantly recognizable to fans of the band’s previous work, with the same never-caring, heart-punching, loud-things-loving lyrics and thick Minneapolis-style riffing of Beach Slang’s debut LP – if a touch wearier than last time out.” – Spin

“the heart-on-the-sleeve punks have already become the kind of band that fans rush to get tattooed all over their bodies. Well, those fans had better make room for some new ink…” – Consequence of Sound

“This new track seeps with feelings of youth and their accompanying frustration. Very punk guitar drowns the entire two minutes and 41 seconds, and the vocals don’t hold anything back. It’s just what you’d expect from a song called “Punks In A Disco Bar,” and that’s not a bad thing.” WXPN