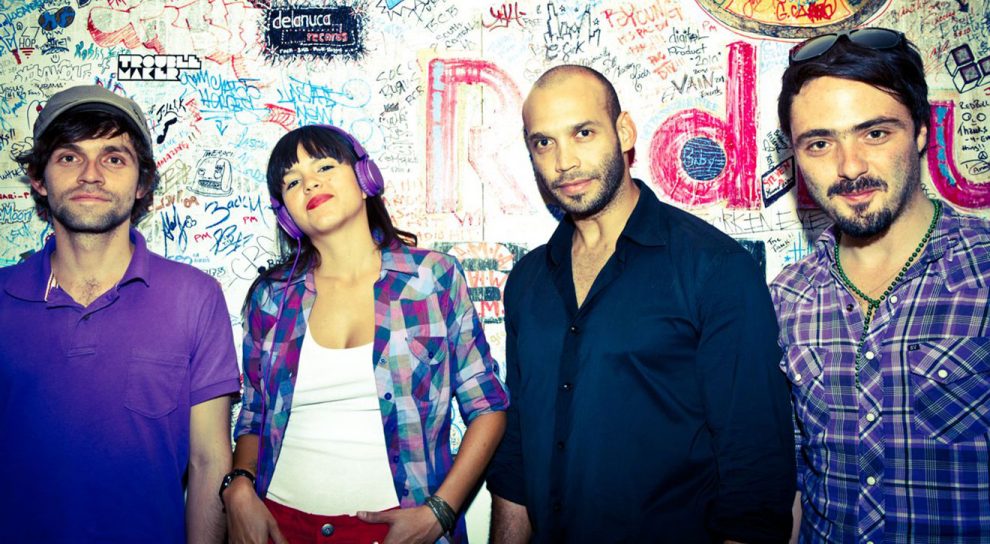 New Album ‘AYO‘ Is Set For Release Digitally On August 11th; The Physical Version Will Be Released In SeptemberWatch The Official Video For New Single “Duele“; It Has More Than 1.8 Million Views

“Bomba Estéreo have a new smash on their hands with ”Duele.’” – THE FADER

Following Bomba’s Recent European Shows With Arcade Fire In Europe, The Two Groups Will Tour Together Across The U.S. And Latin America This Fall

‘AYO was born in the Sierra Nevada de Santa Marta, one of the most powerful places in the world,” says Bomba Estéreo founder Simon Mejia. “The album title is a tribute to that magical place. A spiritual ceremony opened the path to this album. It returns to the Caribbean sonic roots of Bomba Estéreo while at the same time, keeps looking at the world with open eyes and open ears, taking risks on new paths.”

New single “Duele” is available at all digital music services and accompanied by the official video directed by Sam Mason. “Duele” is about the pain of heartbreak and overcoming it. While the music’s melody line recalls a Middle Eastern influence, it was recorded on a flauta de millo – the traditional woodwind instrument often played on classic cumbia recordings from the Caribbean coast of Colombia. The song was recorded in the Sierra Nevada mountain town of Minca, near Liliana’s hometown of Santa Marta.

“The flauta de millo has been one of the most inspiring instruments in our career,” Mejia says. “We’ve used it since our first album ‘Estalla.’ The sound is unique and beautiful with roots for the entire cumbia tradition. I remember once playing it for Brian Eno when I met him for a mentorship and he was like ‘oh my god, I’ve never heard that kind of sound before in my life!‘”

Bomba Estéreo has announced an extensive world tour alongside the release of ‘AYO.’ The tour features headline theater shows in addition to major festival sets like Outside Lands (SF) and Bestival (UK).

‘AYO‘ is Bomba Estéreo’s 5th studio album, following the breakthrough success of its last album ‘Amanecer,’ which was recently certified Latin Gold by the RIAA in the U.S. The album brought the band numerous accolades including a GRAMMY nomination, the collaboration “Fiesta (Remix Ft. Will Smith)” and the anthem “Soy Yo.”

The “Soy Yo” music video immediately went viral last fall, surpassing more than 22 million views. The clip resulted in first-time actress Sarai Gonzalez being invited to the White House to meet President Obama. Lin Manuel Miranda tweeted about the video, saying he watches it “every morning to give me strength. I love it so.” The New York Times published an Arts Cover Story about the power of the video in empowering Latinas. The video was also featured in outlets from VOGUE to The Guardian. NPR said: “It’s been called an ode to little brown girls everywhere. A swaggier Little Miss Sunshine. An empowerment anthem.”