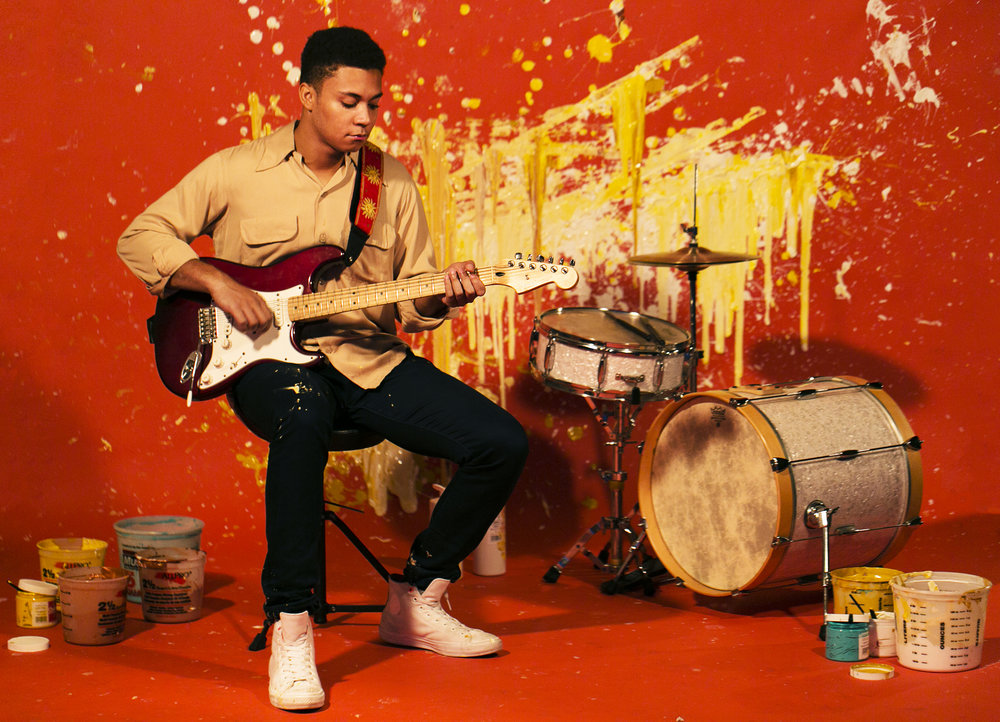 “The man behind the boards of some of this year’s most popular songs steps into the limelight for some deserved shine today.”

2017 has already marked a monumental year in the career of singer, songwriter, producer, engineer, and multi-instrumentalist Chris McClenney. Kicking off with critically acclaimed EP “Portrait In Two,” a project  written, producer, performed, and composed solely by McClenney in January, the project was flooded with critical applaud by everyone from FADER to Okayplayer. The project also awarded the 23-year-old artist a residency at famed NYC jazz club Blue Note.

Following this, McClenney saw his production efforts on Khalid’s “Location”go 2x platinum and “American Teen” become certified gold, and his work on D.R.A.M’s Big Baby D.R.A.M album also go gold. Topping it off, McClenney joined the ranks of artists including Sting, D’Angelo, and John Legendwhen Spotify invited him to do a rendition of Childish Gambino’s “Redbone” as one of their “Spotify Singles” that has clocked in over 600K plays. He also claims a co-production credit on H.E.R cut “Gone Away” off H.E.R Vol. 2.

Now a little more than half way through the year, McClenney is back  with a brand new original single titled “Confession.” Reinforcing the artist’s continued journey into completely self-produced and performed music, “Confession” again hears McClenney on vocals for the R&B / soul crossover track. Described by Mass Appeal as “…a flow that stretches and pulls easily, dipping into high registers, doubled with panning telephone effects, and skirts into a rapid, dry delivery,” “Confession” proves as poignant in sound as it is in lyrical composition:

“Confession is a modern day-love song. Today we’re competing for people’s attention more than ever before. Between social-media frenzy and all the wild political news happening on the daily, there are so many distractions. Confession is a straightforward break from that. An honest and direct song. You’re really feeling that person you’re tryna be with and at the end of the day all you really want and need is just their attention. It’s simple and it makes you happy.”
-Chris McClenney

Make sure to grab your copy of “Confession” here, and stay tuned for additional announcements from McClenney in 2017.