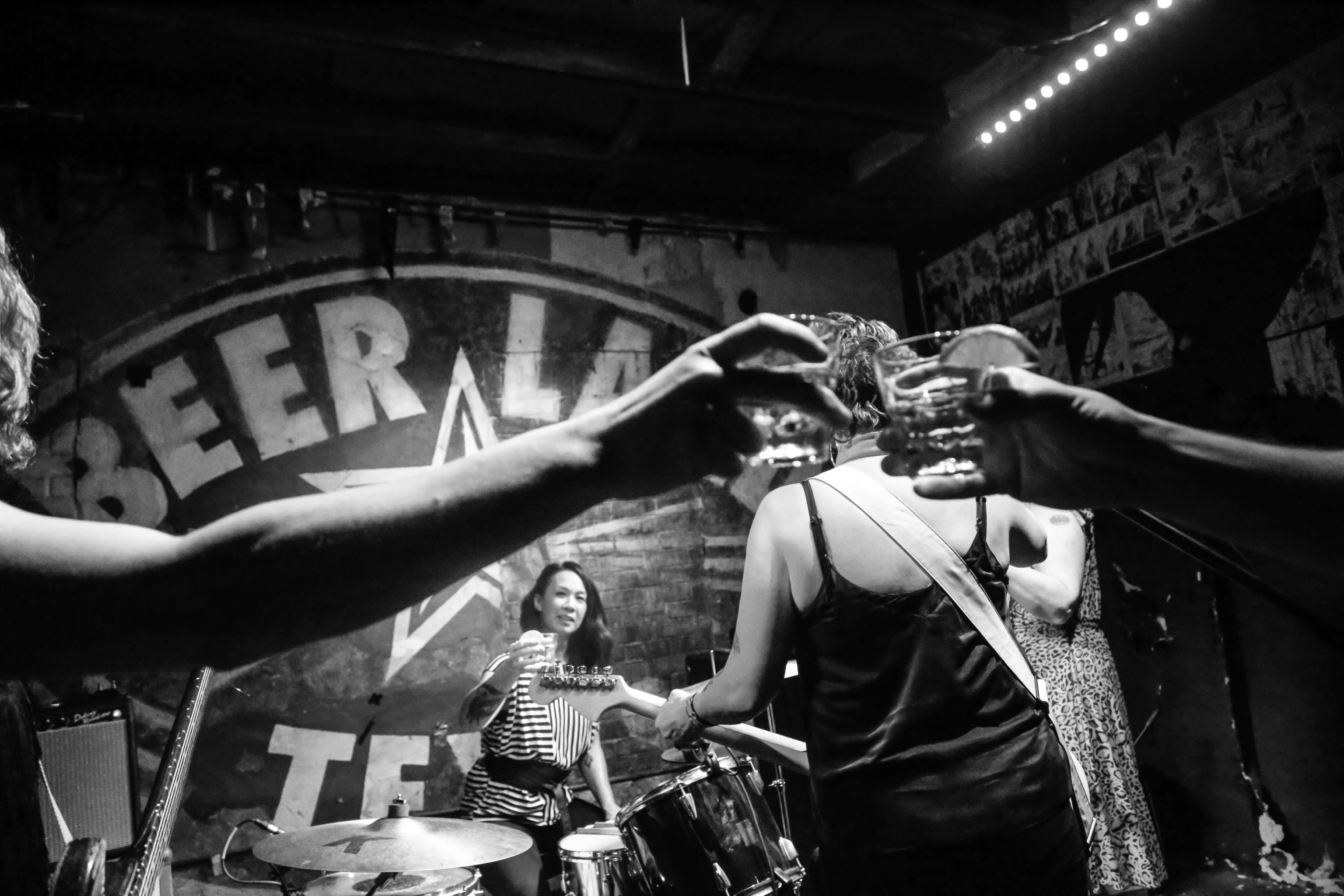 The LARGEST annual LGBTQ advocacy and fundraising event in Central Texas, PRIDE, saw itself in the midst of a cancellation with the touchdown of Hurricane Harvey.

PRIDE, which has educated, provided resources, and connected the lesbian, gay, bisexual, transgender, LGBTQ community in Austin, Texas since 2011 has in the past donated over $125,000 of its music and pop festival back to various non-profit and community causes through its Austin PRIDE Cares program.

The Red Aunts basically threw a middle finger up at Harvey. In the face of Mother Nature, these ladies didn’t stop from f#ckin s#it up, dropping tequila shots and rocking a show at Austin’s Beerland.
In support of the Red Aunts defiance in the face of the hurricane and for PRIDE music-goers joined the group and shuffled in through the wet and brought a feverish and infectious energy to what proved to be an amazing night.

Austin Pride plans to reschedule its event.Rest a sure these ladies will be back.