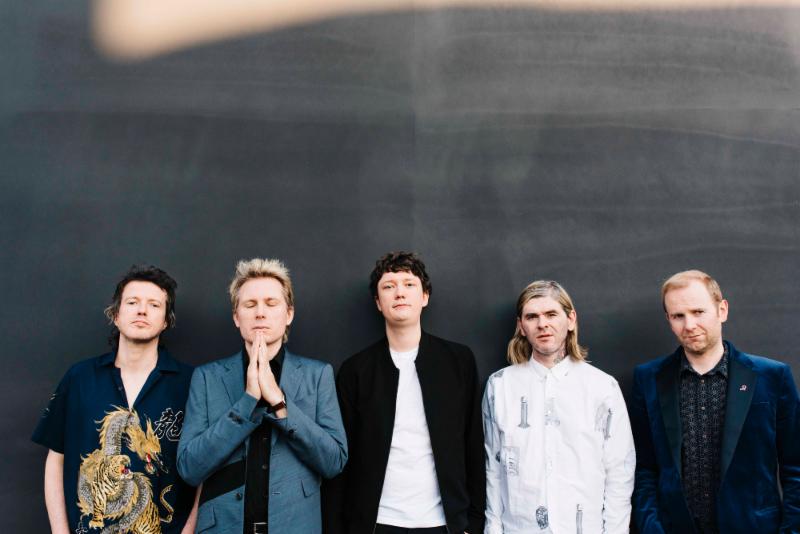 ‘Feel The Love Go’ is the newest single from Franz Ferdinand album Always Ascending. The new album will be release on Domino records on February 9th,2018. The single was directed by Diane Martel during the bands time in L.A.

On the video Diane said:

“I’m excited to work with Franz for the third time! They are close friends and stellar artists. Most of all I think this album is their best of all. Each song could be a single. It’s expansive musically, wonderfully produced, and the lyrics are brilliant as usual. This new incarnation of the band is perfection!”

Watch the video here on https://itunes.apple.com/us/music-video/feel-the-love-go/1331050293?app=music&ign-itsct=mer_vid_franzferdinand&ign-itscg=30301

Always Ascending is the band’s fifth album and was recorded at RAK Studios, London and Motorbass in Paris, with the help of French producer extraordinaire Philippe Zdar (Cassius, Phoenix, The Beastie Boys). Nothing short of a rebirth, the album’s 10 songs are a triumphant recasting of the group, bursting with fresh ideas and vigorous sonic experimentation.

Always Ascending is available to pre-order via iTunes and all DSPs now and will be available on CD, vinyl and ltd edition cassette via DomMart, with a special DomMart edition, featuring marbled blue and white vinyl, with a signed print and tote bag.

Franz Ferdinand will be touring in support of the new record. The full worldwide dates are as follows:

Tickets for all shows are available to purchase now. More information can be found on the band’s website: http://franzferdinand.com