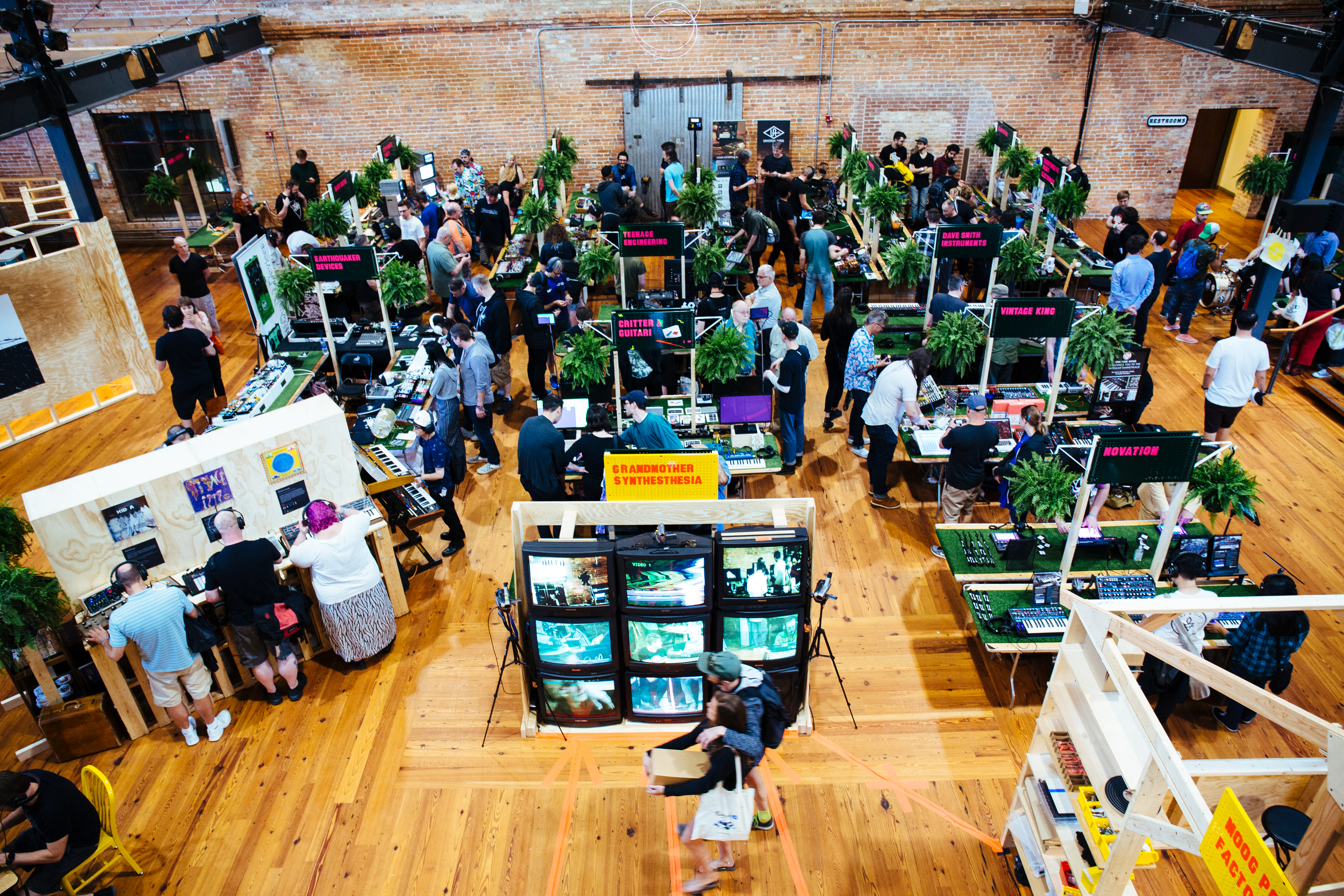 Moogfest, the annual celebration of the legacy of inventor and synthesizer pioneer Bob Moog, lit up downtown Durham this weekend in the festival’s third year with a fresh look, renewed energy, and major contribution to the city’s economy.

The Durham Convention and Visitors Bureau announced on Friday that the festival is expected to generate about $200,000 in tax revenue for the city while also injecting nearly $7 million into the local economy from the 6000 people who attended, performed at, and worked for the festival. Official numbers will be released soon.

For four days, this year’s festival transformed the downtown Durham vibe into a veritable playground of pop-up performances, transformative performance installations from its Spatial Sound centerpiece, and interactive art such as the Nokia Bell Labs and Delta Sound Labs data-art set, “Vorticity,” or R.E.M. co-founder and visual artist Michael Stipe’s A/V dance piece, “Thibault Dance.” The festival’s free stage in the heart of the American Tobacco Campus on Saturday drew an hundreds more in addition to the officially counted numbers, with performances by hip-hop legends Pete Rock and Ali Shaheed Muhammed, plus indie-soul songwriter Moses Sumney.

Here are some of the sights of this years MOOG Festival.

Here are some of the sights of this years MOOG Festival.