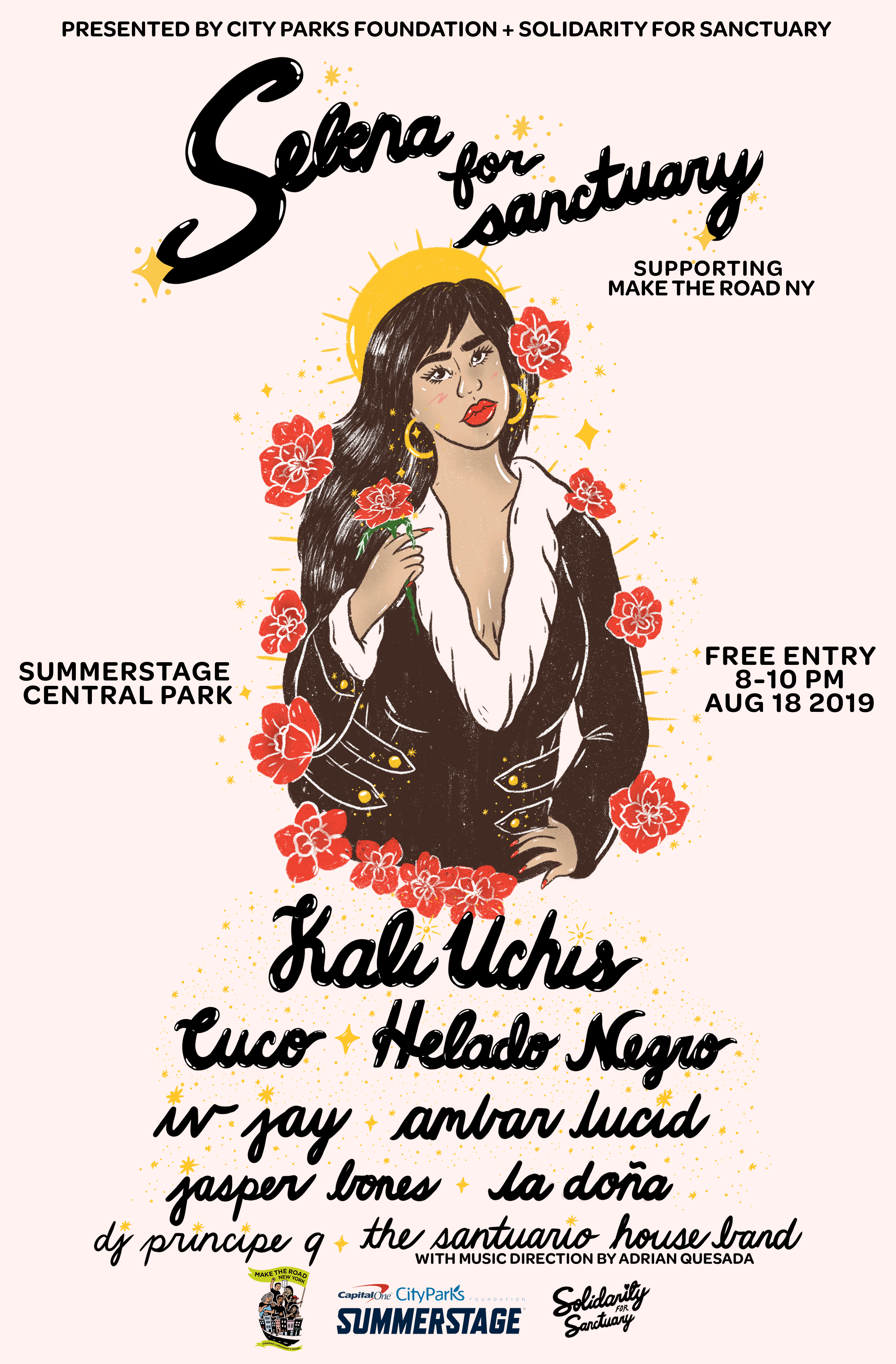 Selena for sanctuary is part of a series of projects by Artist Doris Muñoz. The Solidarity for Sanctuary project brings Latinos together to speak and make changers in trouble times for Latinos. This event focuses on the Queen of Tejano music. who’s crossover to american pop culture turn stereotype and brough recognition to american music culture.

Ambar Lucid Dominican and Mexican-American via New Jersey,IV Jay, the Dominican-Puerto Rican-Colombian,The Bay Area’s La Doña. Principe Q will be DJing accompanying by Santuario House Band under the direction of the Austin,Texas legend Adrian Quesada (Black Pumas, Brownout) will round out the day at the park.

Selena for Sanctuary is free and will be benefiting Make The Road NY- a 23,000-member organization that builds the power of immigrant and working class communities to achieve dignity and justice. The organization recently co-led campaigns that won driver’s licenses for all New Yorkers regardless of immigration status and the NYS Dream Act, which gives undocumented students access to state tuition aid.

Selena for Sanctuary and City Parks Foundation SummerStage are thrilled to create such a necessary space one that is safe, joyful, and supportive.