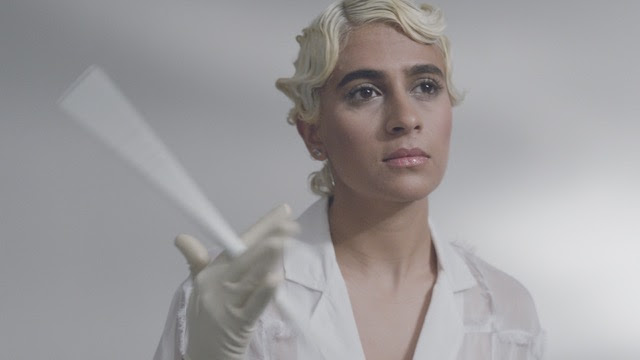 Artist/activist Madame Gandhi kicks off a new year and decade with her new single “See Me Thru,” from her widely embraced Visions short form album trilogy. The vibey, downtempo RnB song celebrates the idea of consistency in a world that is overwhelmed by distraction. Directed by and co-starring real-life married couple Dejha Ti and Ania Catherine, the video for “See Me Thru” showcases the nuances of two women in love and brings to life the song’s message about sticking with a relationship and seeing it through to reap the benefits of commitment. In keeping with Madame Gandhi’s dedication to amplifying the voices of womxn, folks of color, and the queer community, the video was created by a female-led crew and features fashion by style partner Perfect Number, a Los Angeles-based femme brand whose tagline is “redifining femininity,” which is one of the underlining themes of “See Me Thru.”