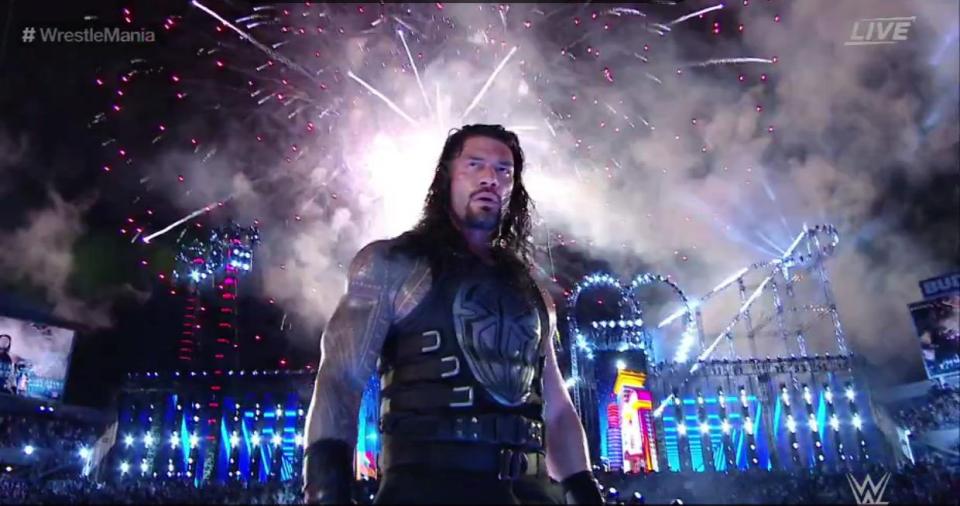 With a quarter of the year behind us, we’re going back to how we started the year — giving away free stuff!!! This first week of April will open with 5 days of prizes beginning with a signed Roman Reigns post his WWE Wrestlemania 33 win over The Undertaker!!!
April doesn’t just mark one of the major tent poles of festival season, but also the start of the year’s Summer pop-culture season.  We’re a few days past Wondercon, so we’ve themed the week Pop Culture Contest Week!
The prizes are as follows:

Monday – 4/3 – Signed WWE Roman Reigns Photo (Full disclosure, the person who one this prize in January, actually didn’t want the autograph so we sent off a John Cena one… go figure…)

4/7 – An bunch of pop autographed swag (including another signed copy of Love is Love that we were able to procure!!!!)