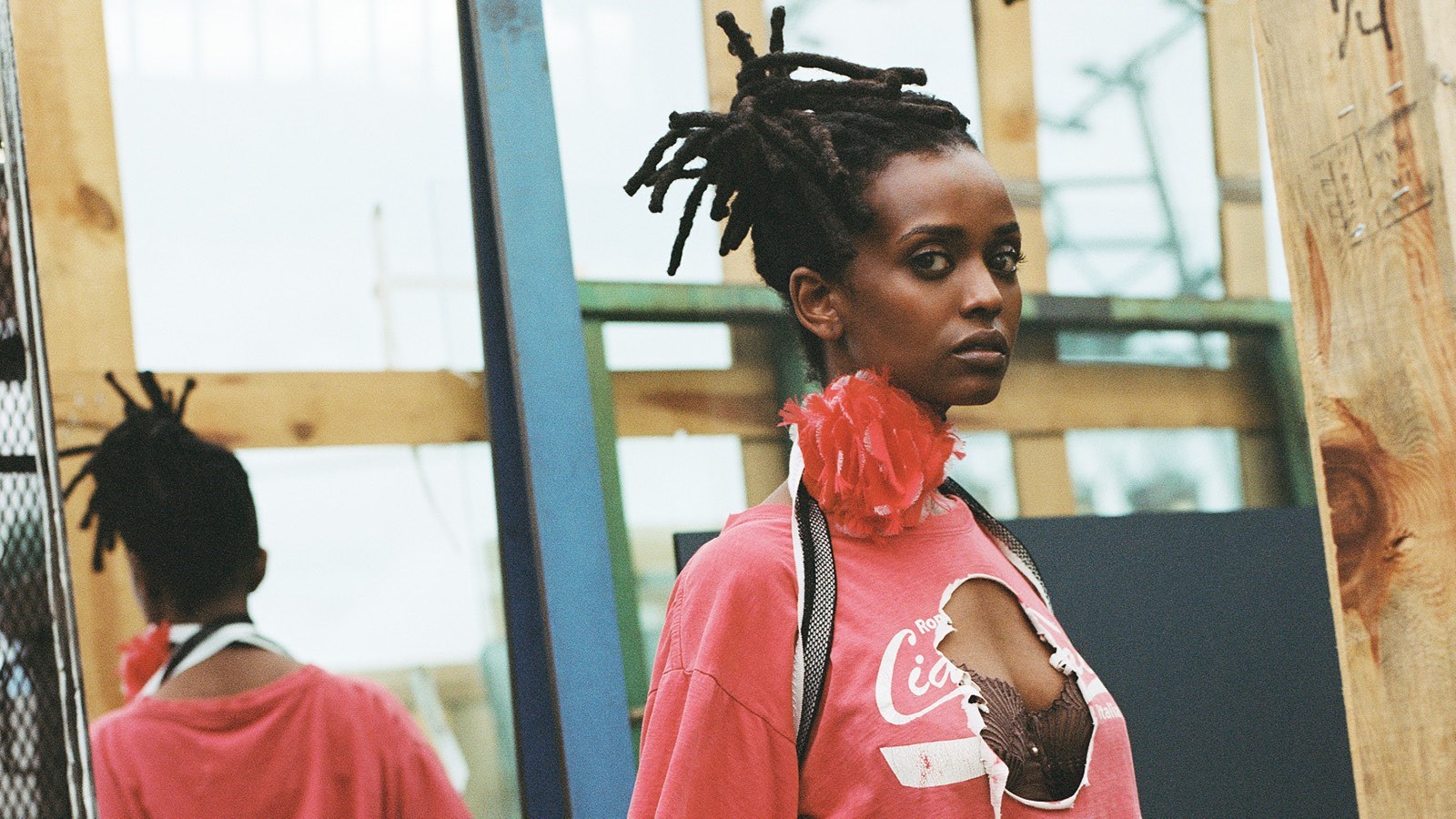 Today, Kelela is announcing her highly-anticipated debut album. Take Me Apart is due October 6th via Warp Records, and is available for pre-order now. To coincide with the announcement Kelela is sharing the first single from the project, “LMK.” The song is a battle cry for independent women as Kelela flips the heteronormative construct that women want to settle down. She demolishes that notion and turns this dance floor-ready cut into a weapon of empowerment, preferring a one night relationship while declaring “it ain’t that deep.” The track was a World Record on Zane Lowe’s show on Beats 1, stream it via the links listed above.

News of Kelela’s album and her new single come on the heels of stand out performances at FORM Arcosanti and Full Moon Festival in addition to tour dates with The xx and Gorillaz. Stay tuned for more show announcements and catch her at Made In America Festival as well as at a special performance at The Hollywood Bowl with Solange. In the meantime, listen to “LMK” and pre-order Take Me Apart above. Further information about Kelela including full album details can be found below.

About Kelela:
With great anticipation, Kelela’s debut album emerges as an epic portrait of an artist spanning the past and future of R&B. In her hands, however, the genre knows no boundaries and so Take Me Apart exists as an absolutely singular and fearless addition to a canon of recent classics. From her very earliest work, honesty and vulnerability have been cornerstones of Kelela’s art – even when clad in the armor of the avant-garde electronics she so deftly inhabits – and Take Me Apart sees her double down on both the emotional intensity and resonance of her message as well as the sonic seeking she is renowned for.

On 2015’s acclaimed Hallucinogen EP, Kelela swept listeners along in the rush of ecstasy and the melancholic vapor trail of a hopeful, but ultimately doomed liaison. Hallucinogen would prove to be a turning point, and The New York Times would name it’s single, “Rewind”, one of the “25 Songs That Tell Us Where Music Is Going”. The EP’s oversized impact would ignite a period of kinetic worldwide live shows culminating in Kelela crisscrossing the globe on tour with The xx. In parallel with this, 2016 and early 2017 would see Kelela grace a handful of crucial records as a feature vocalist – from longtime ally Solange’s majestic A Seat At The Table, to Danny Brown’s immense Atrocity Exhibition and most recently, the star-studded Humanz from Gorillaz.

These appearances would be tantalizing signs leading the way to Take Me Apart. Amplifying the ideas explored on Hallucinogen, here Kelela treats relationships and their effects like a Matryoshka doll, unveiling layer after layer to find herself at the center. Expressing an honest vision of how we navigate dissolving ties with each other and yet remain sanguine for the next chance at love, the emotional ricochet is traced across the album’s narrative. Take Me Apart stands not only as an intensely personal chronicle, but also a defiant and turbulent statement direct from Kelela; “Despite it being a personal record, the politics of my identity informs how it sounds and how I choose to articulate my vulnerability and strength. I am a black woman, a second-generation Ethiopian-American, who grew up in the ‘burbs listening to R&B, Jazz and Björk. All of it comes out in one way or another.”

The process of crafting Take Me Apart embraced the approach of widely collaborative R&B, hip-hop and pop production while roaming a strange and wonderful path. Working with a cast of peers, Kelela deconstructs many results of their collaborations and builds them back up into pieces of a cohesive whole, effectively orchestrating these multitudes in aid of her singular vision. “It’s this tapestry I’ve knitted together that attracts different types of listeners and challenges them at the same time, often within the same song. That’s what I want to bring to my entire catalogue” says Kelela. Testament to this approach, the album opens with a stunning trio of high points from the low-slung mechanized swing of ‘Frontline’ to the kaleidoscopic splendor of ‘Waitin’ – by which point you’ve been pulled straight into the tale Kelela is weaving, and the warped and chaotic beauty of the title track before dropping into ‘Enough’ which sounds as if it could have been transmitted from a neon-lit jazz club in Akira’s Neo-Tokyo.

The timeless, zero-gravity ballad ‘Better’ sees Kelela at her most unadorned – baring her soul to a nameless other over subtly transforming piano and synth textures while first single ‘LMK’ is all staggering club swagger that manages to span the past 20 years of innovative R&B while still exploring another dimension of possibilities. These songs typify the melding of classic song-craft and inventive production approach at the album’s core, but it’s here where things take yet another exhilarating turn. ‘Truth or Dare’ has the brittle snap and vocal twists of a Neptunes track while ‘Blue Light’ sees Kelela weld her sweeping pleas to the warped sonic palette of Grime, pointing the way forward to a possible future of cybernetic soul.

Now we are swept into the slipstream of a pair tracks in ‘On And On’ and the otherworldly grandeur of ‘Turn To Dust’, which conjures images of the powerful and iconic diva of Besson’s The Fifth Element; and it’s a short trip to the unforgettable pneumatic gospel of album closer ‘Altadena’, a perfect uroboros link back to ‘Frontline’ to begin the saga all over again. At this point you’re left with the feeling that this trip through Take Me Apart is one you’ll be making many more times.