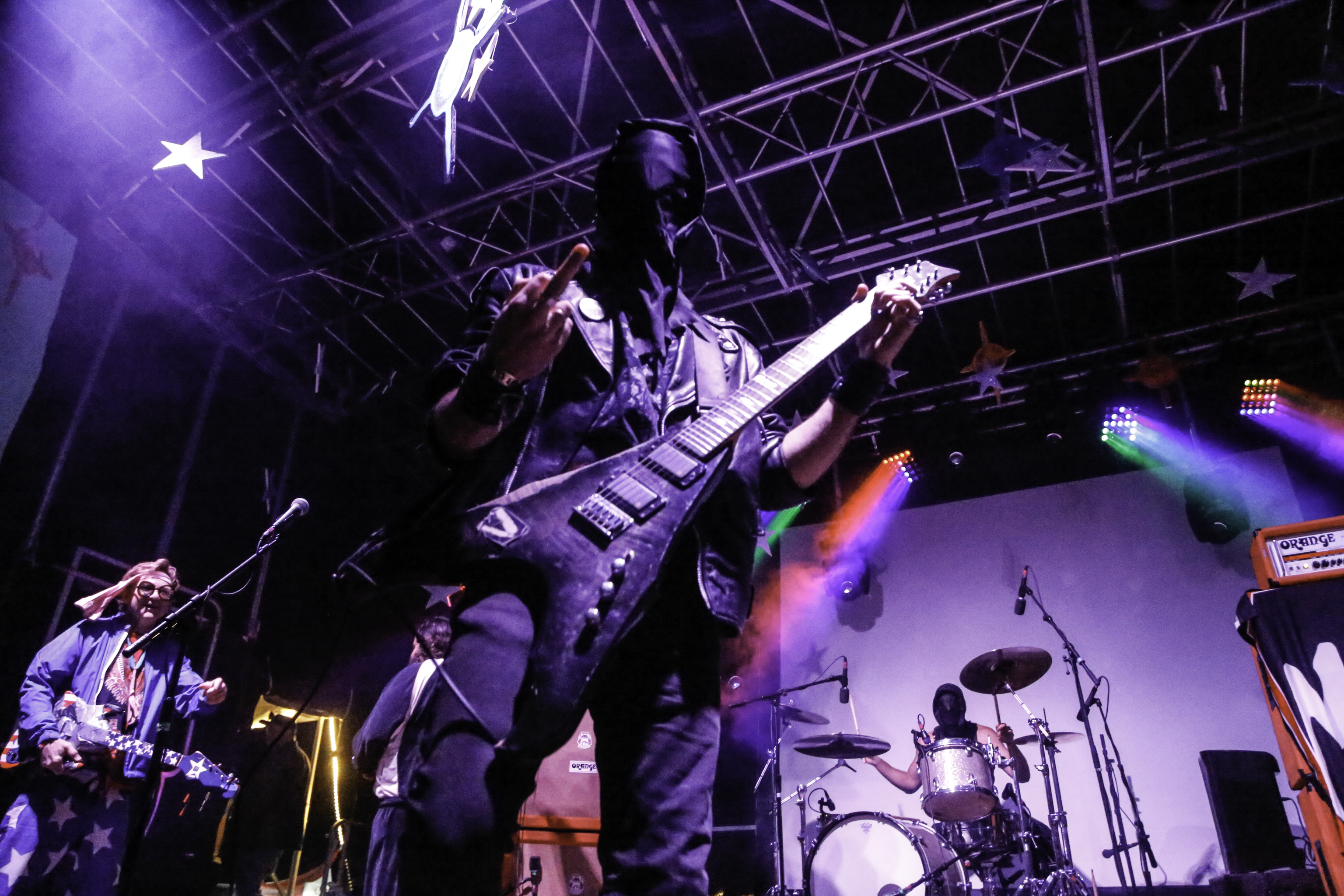 Meltasia Festival is an annual festival event curated by Andy Animal in the Catskills Mountains of New York. Location being a part of this festival’s charm, saw the fest move from its abandoned zoo location from last year to the Black Throne Resort in East Durham, NY.
Meltasia has grown what can only be termed as a music discovery paradise, as the line up curation was as solid if not more so than mainstream festivals anchored by iTunes top 100 artists and featured the darlings of the current indie (read starving artist and tastemaker) market.
From start to finish, there was not a dull moment musically or otherwise.
Friday started with showers that ended right before the fest kicked of with Miami’s Plastic Pinks. With a rainbow taking a peek beyond the mountain side, one thing was evident — the fest was ready to fuck shit up!


Breanna Barbara-Rome’s Guida brought crazy energy to the festivities, showing out with some ferocious rock-n-roll blues anthemic guitar play. The day saw itself scored by the folks in Morricone Youth and a dash of hip hop legend Raekwon The Chef helped round out a stacked and well thought out lineup. The cherry on top was when noise curfew hit and the festival moved indoors prompting an all night dance party led by Andy Animal himself carrying waves of the 70’s, Bowie, and Motown to continue the musical movement.

Saturday carried over the energy and feeling from the previous day and built on top of it. Despite an announcement that Andy Blade had to cancel last minute because of some Homeland Security BS, Animal Show and Bob Mann & The Rolling Thunder lifted everyone’s spirits and got the place rockin’ out. A Giant Dog took the festivities to another level bringing their Austin flavored electricity to the crowd.
Paul Green’s Rock Academy even got the kids involved, as his school of rock-esque crew of children and talented players played an entire tribute set to KISS.

As the sun began to set, the Death Valley Girls came on and more than primed the crowd who were chomping at the bit for Roky Erickson to take the stage. My only response to the set was in the immortal words of the APA’s Ron Simmons — ‘DAMN!’
As the night drew to a close, the fest goers retreated back to the indoor bar for the night’s dance party and special guest artists. Dean and Paten Locke rocked the night with some ill hip hop, dope emceeing, and an eclectic take on keeping the sounds and grooves moving. Alongside their respective wax classics, they brought the energy to a fun and boisterous fervor with kazoos, xylophones, and all kinds of craziness.

After 3 days of drinking, dancing, and dalliances till 5am, morning yoga to The Beach Boys on a fresh warm morning heralded a long awaited breakfast pool party. It was definitely needed to get our minds and bodies right to what would prove to be one of the most amazing nights we’ve gotten to shoot and experience in quite some time.

“It’s a goddamn massacre,” we heard in earshot of the stage as the crowd began to turn in for the night.
We definiteily agree.
Words by @Brownyo215 /@phil_enn
For more information on Meltasia: Web Facebook Instagram