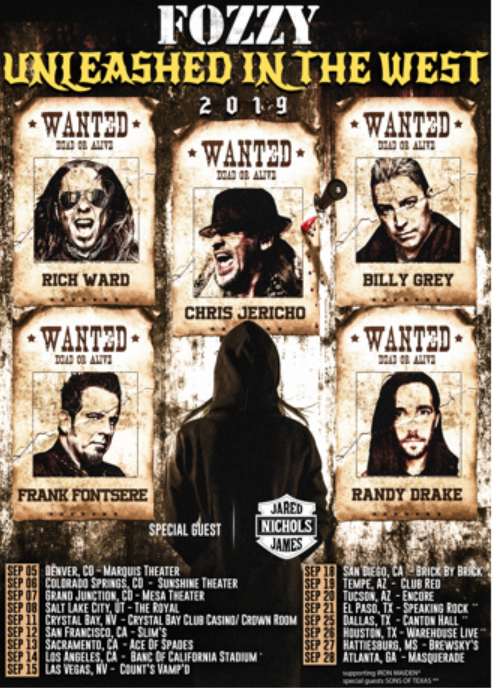 Fozzy has just finished the first week of their current tour.  You still have 11 more shows to catch, including the 14th in LA when they play with Iron Maiden!

Fozzy has also dropped their single – “Nowhere to Run” – give it a listen from all of your favorite sources!