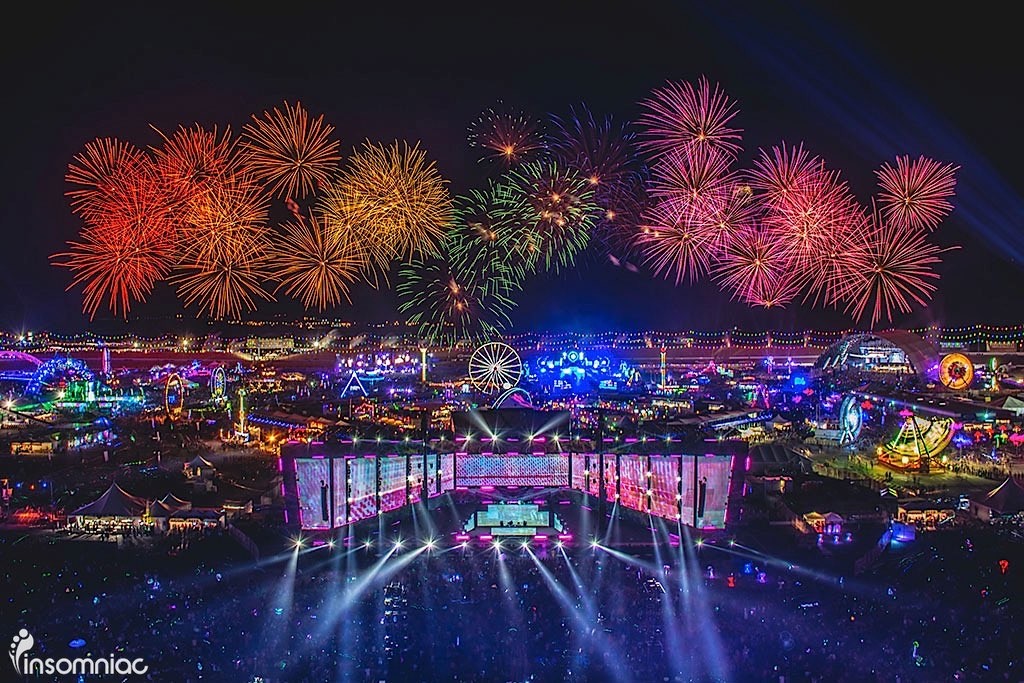 In three words: HOLY, HOT, DAMN.
As jaded industry writers and purveyors of many a festival and live show, when a promoter of an event says that they’re trying to “pay respect to electronic music’s past, while giving credence to its future,” at our office, we tend to share a special ‘derp’ face… as in ‘yeah, whatever…’
Having been proven wrong before, we will gladly take our licks and be happy being proven wrong again. After all, we’re just a bunch of music writers and photogs… what the hell do we know?!?
Electronic Daisy Carnaval (EDC), for its 2oth Anniversary, dropped at a lineup that gives props to its current crowd of invigorated, youthful electronic fest goers, while paying homage to the old school scene that formed the foundation of electronic culture today. Generational music bridges like 12th Planet, A-Trak, Armand Van Helden, Jason Bentley, Kaskade, and others have existed as festival mainstays. With this lineup, the historical torch bearers of the electronic music scene, such as Doc Martin, Mark Farina, DJ Dan, Paul Van Dyk, and Paul Oakenfold, are also respected and represented.
Unveiled during Insomniac’s (EDC’s umbrella organization) Night Owl Radio podcast, the lineup created a veritable tsunami of reactions across the social media spectrum. Pasquale Rotella, founder and CEO of Insomniac had this to add:

A milestone anniversary like this deserves a very special lineup, and we’ve got an incredible mix of top talent, on-the-rise names, old-school legends, and artists who have never played the festival before. We’ll also be introducing extended set times that will allow DJs to really take our headliners on a journey—and of course some specially curated 20th anniversary surprises that people will remember for years to come.

The unabridged announcement is ready for your perusal below:

Peep the flier below for the full lineup, and after the break jump on to Insomniac related links to learn more:

For the most up-to-date details regarding EDC Las Vegas, head to http://lasvegas.electricdaisycarnival.com/.
For ticket information follow this rabbit hole…