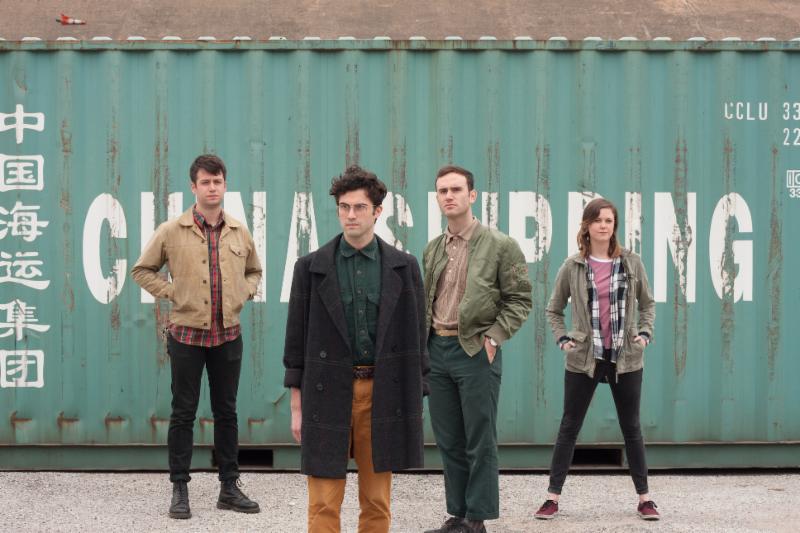 US Weekly is one of my favorite bands coming out of my home town of Austin,Texas. This four piece punk/no-wave gives me a flash back of Wheels Of Fire/Streets On Fire Santa Cruz Skateboard videos. And its all SST bands like Firehouse,Sonic Youth,Husker DU to name a few.
The Band will be releasing/performing its self-titled LP on Night Moves Records at Cheer Up Charlies Austin,Texas April 22nd.

The band released is first single ““American Piss” after its SXSW shows. And recently a second single called “Creative Class”
Vocalist / songwriter Christopher Nordahl states about the new single, “Within the walls of startups, app incubators, advertising agencies, and accounting firms, men who have been told their creativity makes them exceptional walk blindly with their dicks scraping the linoleum, believing their status as a creative does not make them a corporate drone, but in fact an artist who is privy to the benefits of a corporation. The creative ego and exceptionalist attitude is suffocating. However, I am not exempt from this distinction, being a man deemed as “creative” spending my 9 to 5 in an ad agency. I often find myself struggling with the creative class, the proud men who populate it, and the lack of women, minorities, and LGBTQ people represented within it. This song takes the perspective of a grossly oblivious man, who believes his perspective and class makes him better than his counterparts, delivered with an off kilter Texas twang”
US Weekly will be hitting the road in support of the album from May 10 – 20th.
Check your back for tour date details.You don’t wanna miss them. 🙂
US Weekly is
Christopher Nordahl :Vocals
Ryan Curtis:Bass, Vocals
Ryan Fitzgibbon: Guitar, vocals
Kent Hale:Drums
Artist Info: Bandcamp Facebook