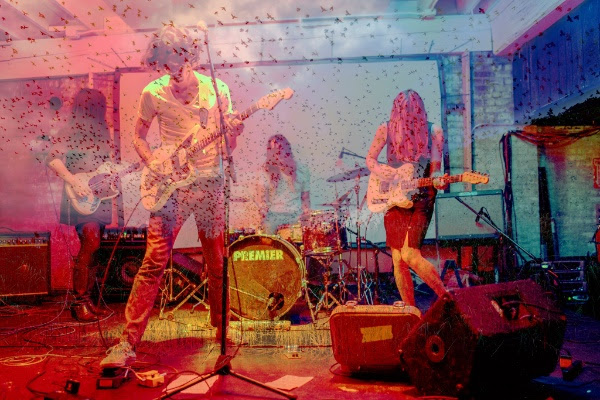 BIRDS – Everything All At Once

BIRDS debut Everything All At Once is a Psych Rock album that has its roots in the Indie alternative scene, coming out of Brooklyn, New York and recording at Greenway Records. Their music is influenced by quintessential noisy garage music, guitar driven 70’s punk rock and the sounds of The Beach Boys in music that’s has high pitched guitar notes and heavy bass.

BIRDS had been performing as a loose collection but only recently come together as a core grouped band that’s Duane Lauginiger as the singer, Timothy Plunkett on the drums, Jess Rees is the lead guitar and Jessica Reynoza plays bass and provides back up vocals. They came together in Brooklyn, New York and recorded at Greenway Records in New York City; where they specialize in vinyl record releases.

Everything All At Once is an Alternative rock and roll album that’s bass heavy and guitar forward. It has an indie sound that’s recognizable to 70’s do it yourself New York style punk and 90’s angst anthems with lyrics that tell of an emotional disconnection.

The best part of a Brooklyn rock band like BIRDS is its great stage presence and live performance style. If you can’t wait to see them perform, check out their vinyl release at the following link.