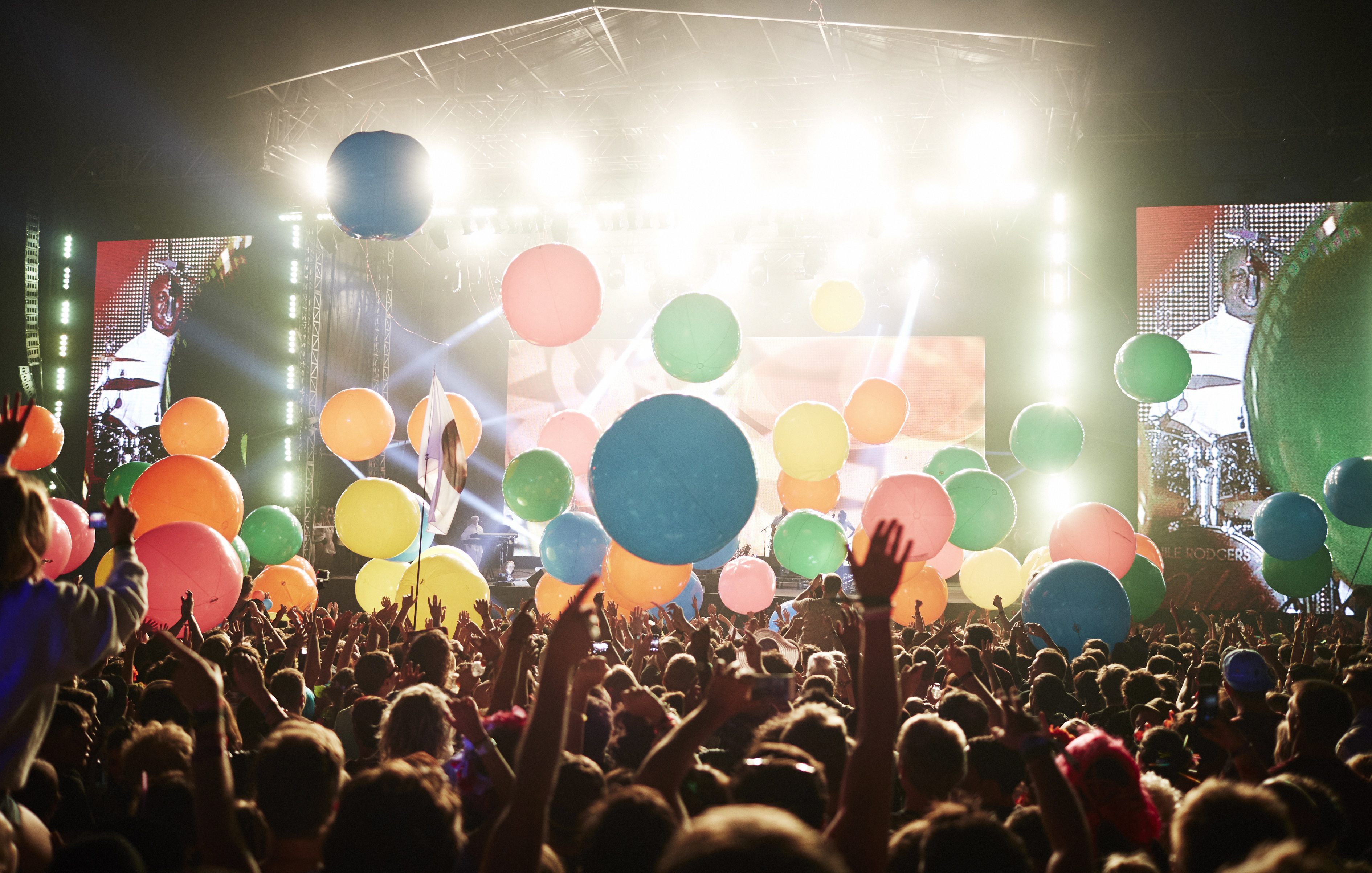 Bestival, the award-winning UK festival that will hit Indonesian shores for the first time on September 30th – October 1st with Bestival Bali, has revealed its next wave of artists.

Joining an already jam-packed lineup, Bestival Bali has added the multi-platinum selling Pendulum, who will be playing an exclusive DJ set in their iconic, electronic rock style. Also, hailing from Australia, new artists to hit the bill include electro-duo, Bag Raiders, multi-instrumentalist, Kilter, and the tech-house powerhouse, Colour Castle.
The new announced acts follow Bestival Bali’s first artist announcement, featuring old friends and new including Rudimental, alt-J, Purity Ring, De La Soul, George Clinton Parliament Funkadelic and more. Promising to make the inaugural edition one to remember, Bestival will bring its trademark unique, creative vision from the UK to the paradise island of Bali, Indonesia.
Rob da Bank, Bestival curator says “So here we are upping the ante with our first foray into Indonesia’s festival scene. We’ve got some old-school legends, hip hop wizardry and indie beauties, so we’re adding some serious antipodean vibes with the like of Pendulum, Bag Raiders and Kilter who are all smashing it down under. We’re only a (long) stone’s throw from Australia so you’ve no excuse. Book ya flight!”

First up, the mighty Pendulum! Taking to the hallowed Bestival decks, the festival is honoured to welcome the founding member of one of the most exciting musical forces of the last decade – Paul ‘El Hornet’ Harding of drum & bass and metal behemoths Pendulum. Landing in Bali as part of a busy summer, that includes a residency at legendary Ibiza super club Amnesia, expect some insane drum & bass action from one of the finest DJs in the game.
Australian duo Jack Glass and Chris Stacey are Bag Raiders, purveyors of spectacular electronic madness that has been setting the world alight since their debut EP was unleashed over a decade ago. Chances are, if you’ve stumbled into a club, wobbled at a party, looked into the light at a festival or dawdled along the radio dial then you’ve been exposed to the majesty of Bag Raiders, who now bring their incredible live show to Bestival Bali.

One of Australia’s top 20 most streamed electronic artists, Kilter has quickly made the leap from burgeoning multi-instrumentalist to household name. Adored by listeners from all corners of the internet and festivalgoers alike for his euphoric, energised sound, Kilter is the moniker for 24-year-old Sydney rising star Ned East. Having amassed 40 million streams online, multiple visits to the top of Hype Machine charts and triumphed in the Triple J Like A Version studio, he has extensively toured Australia and played every major festival in the country. 2016 saw Kilter depart on his debut UK/EU tour and 2017 saw him touring across America.
Renowned for his melodic poolside grooves and slamming late night stompers, Colour Castle has been a driving force on the Aussie tech house scene for years now, gaining favour with the likes of Carl Cox, Doorly and Hannah Wants with one powerhouse release after another.

Bestival Bali will take place at the incredible Garuda Wisnu Kencana (GWK Cultural Park). With breath-taking vistas across the tropical landscape of Bali, and with over 240 acres of parkland centred around 80 foot high limestone-carved cliffs. Bestival will entertain the audience with eclectic music from around the globe as well as offering immersive experiences, delicious food and unforgettable shenanigans – in a way that only Bestival can.

More artists to be announced soon. Those interested can purchase tickets here, which includes pre-sale and various VIP options for guests.

Stay Connected: Bestival Bali
Website | Facebook | Twitter | Instagram
Bestival Bali Lineup (More To Be Announced):
alt-J – Rudimental (DJ Set) – Pendulum (DJ Set) – De La Soul – George Clinton Parliament Funkadelic – Purity Ring – The Cuban Brothers – Bag Raiders – Kilter – Colour Castle – Rob da Bank – Stars and Rabbit – Ras Muhamad
About Bestival:
Since its inception in 2004, Bestival UK has been at the forefront of the British festival scene, winning a multitude of awards. The original boutique festival attracts over 40,000 fans each year and is known for its creative vision and eclectic music.
Over the years, Bestival UK has attracted an incredible array of world-class artists including Stevie Wonder, Elton John, Beastie Boys, The Chemical Brothers, Missy Elliott, Amy Winehouse, The Cure, Pet Shop Boys and many more. They also hold the world records for their creations of the World’s Largest Disco Ball and the World’s Largest Bouncy Castle.
The wonderful world of Bestival was born out of ten fun years of pioneering music events and record releases from Rob da Bank’s Sunday Best empire. The renowned music specialist had a dream to create his vision of the modern-day festival. Along with Creative Director and wife Josie da Bank and co-founders/partners John and Ziggy from Get Involved that dream is now reality. On a mission to change the face of independent festival culture, the fearless foursome are spreading the love worldwide.
It’s Rob and Josie da Bank’s creative vision that sets Bestival apart. While the massive musical brain of Rob ensures the Bestival line-up is the most eclectic you’ll ever experience, it’s Josie’s creative wand that casts its magic over Bestival land. It’s this uniqueness that makes Bestival a wondrous world of discovery and adventure that will inspire peace, love and dancing not only in September, but all year round.
The Bestival family includes; Bestival, Camp Bestival (family show), Common People, Bestival Toronto and now Bestival Bali.